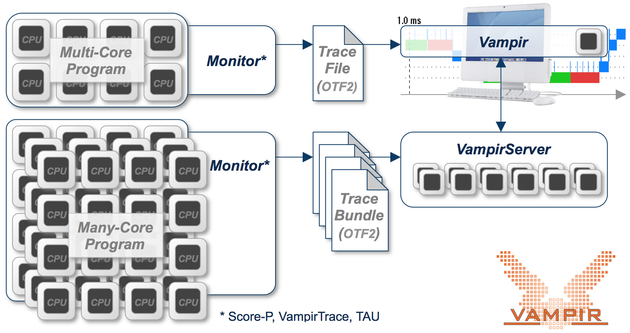 Open Vampir and connect to VampirServer (listening on localhost:30000 via SSH tunnel)